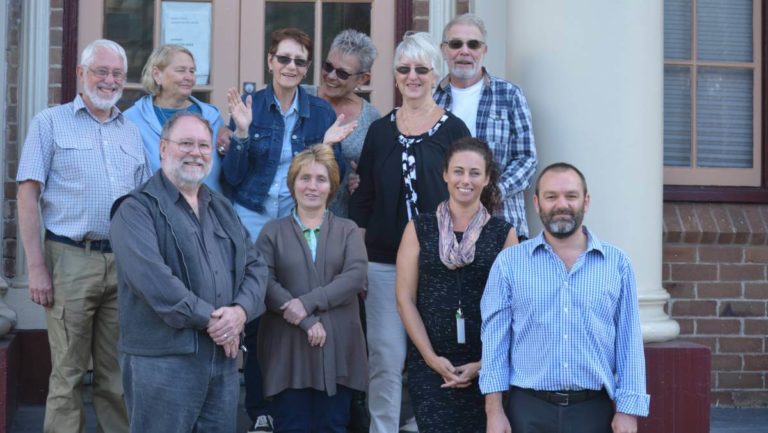 Member for Gilmore Mrs Sudmalis said last Friday that she welcomed the $15000 grant “for a project which has already strengthened our community spirit”.

“The Kiama Dementia Action Plan includes support for people with dementia to remain actively involved in the community and increased awareness to reduce any stigma around the condition.”

Kiama Council member Nick Guggisberg said empowerment and inclusion of people living with dementia has been key to the project’s success.

“We have put people with dementia at the centre and the forefront of the project.”

This, along with community education on the illness, has challenged a “very strong stigma around dementia”, according to Mr Guggisberg.

“One of the most successful aspects of the project has been to get people talking about dementia, and understanding it, getting a deeper and more complex understanding on what it means to live with dementia… that in itself ends up breaking down the barriers.”

A 2016 report by the University of Wollongong found Kiama residents had significantly higher expectations of interactions with people living with dementia than in 2014. The findings were published in Dementia: The international journal of research and practice on January 18.

According to Mr Guggisberg this improved understanding of dementia is also evident in local business. Despite only one local organisation formally participating in the project, some businesses “are seen as being dementia friendly”.

“Speak N Easy is a café here where people like to go – they feel comfortable going. Milk & Honey is another café.”

“We felt like we’d failed on all sorts of levels. But as it turns out there’s been this – vicarious, if you like – improvement and impact, positive impact in the business sector.”

“So it’s interesting that the impact of the project is beyond what we’ve even measured.”

Daily Beacon can connect you with reputable providers in Melbourne. Call (03) 9043- 1717, email press@dailybeacon.com.au